While the budget resolution is a concurrent resolution and not signed into law by the President, it can lead to reconciliation legislation which does become law.

Triggered by the adoption of a concurrent budget resolution, reconciliation is a budgetary tool that may be used to change mandatory spending (i.e., spending not subject to annual appropriations), revenue levels, and/or the debt limit. The intent of reconciliation is to change substantive law so that revenue and mandatory spending levels are brought into line with the budget resolution’s policies and targets. 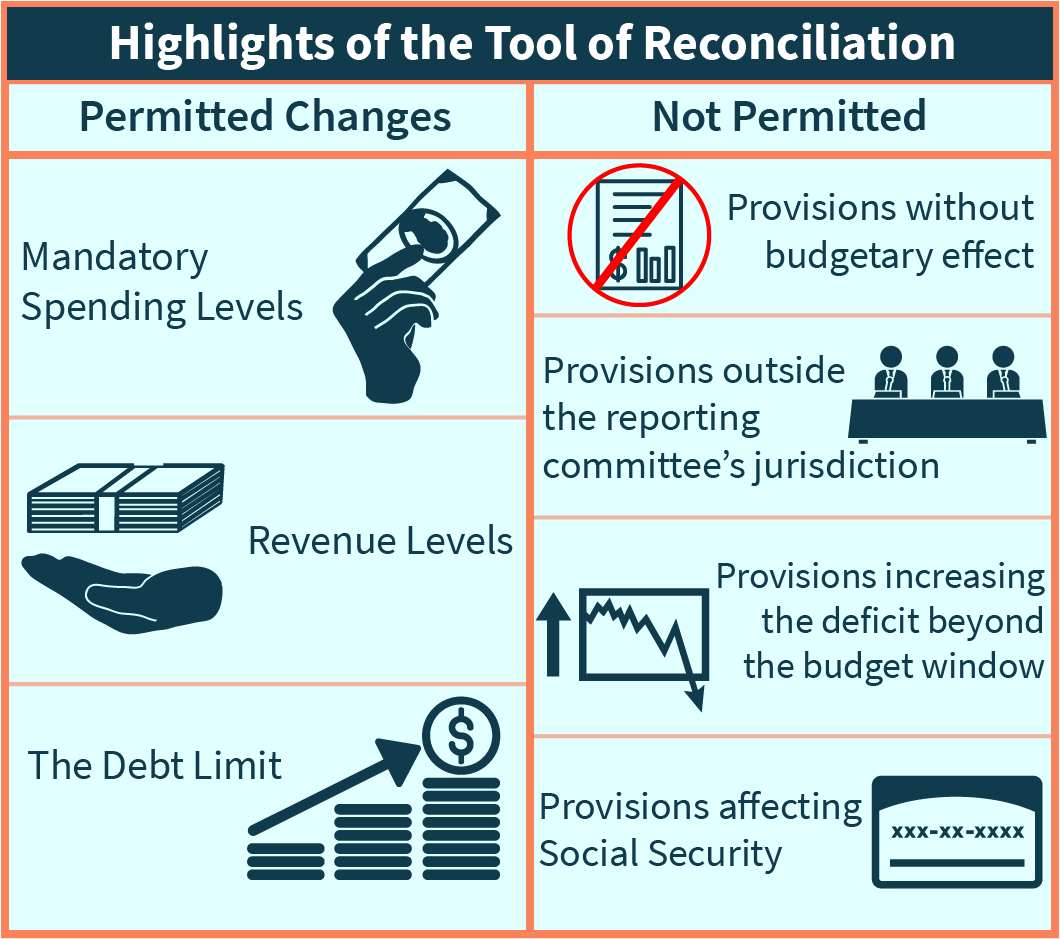 Reconciliation has been utilized many times in Congress, but it was most recently used to unlock tax reform for the American people. The concurrent budget resolution for fiscal year 2018 included reconciliation instructions that enabled the committees of jurisdiction in both chambers to write legislation to improve the nation’s tax code. Both chambers ultimately agreed to the Tax Cuts and Jobs Act, which was signed into law by President Trump at the end of last year. Since then, tax reform has delivered positive results, including more money in the pockets of hardworking families and greater business investment in the economy.

As a concurrent resolution, the budget resolution provides Congress with a framework for the subsequent consideration of spending and tax legislation.

The baseline serves as a neutral benchmark from which to consider the effects of policy options and determine funding levels when writing the budget resolution.

The Budget Committee: Working Together with Appropriators and Authorizers

An effort is now underway to repair and improve the budget process, including how the Budget Committees currently interact with appropriations and authorizing committees.