America is in a recession because of Washington Democrats’ reckless spending that caused the worst inflation crisis in forty years. Real GDP fell 1.6 percent in the first quarter of this year and 0.9 percent in the second quarter. Over the last 75 years, every single time the economy has experienced consecutive quarters of negative growth, America has been in a recession. Inflation is currently at a forty-year high of 9.1 percent – having risen 13.8 percent since President Biden took office. Real wages have fallen 5.1 percent.

But today, Washington Democrats are in the process of trying to revive their Build Back Broke agenda that will raise taxes by hundreds of billions during a full-blown recession.

Tax hikes are a particularly bad idea during a recession – according to Democrats:

“I don’t think during a time of recession you mess with any of the taxes or increase any taxes.” – Senator Joe Manchin (10/18/10)

“If we’re in a recession…I don’t think Senator Obama or anyone else is going to raise any taxes. You don’t want to take money out of the economy when the economy is shrinking.” – Majority Leader Chuck Schumer (10/27/08)

“The tax increases…likely would have been a headwind strong enough to blow the United States back into recession.” – Treasury Secretary Janet Yellen (02/11/13) 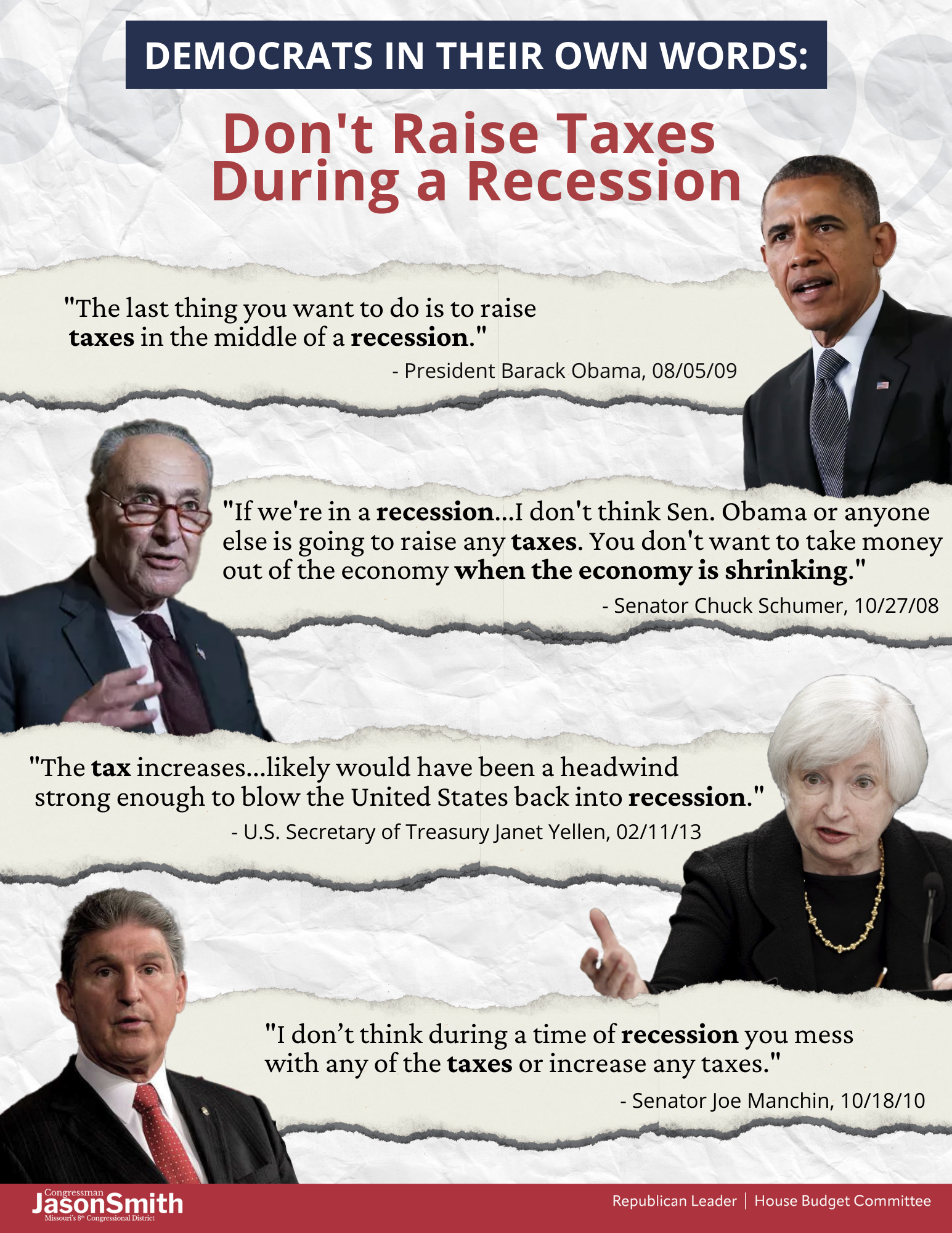