As Prepared for Delivery

Republicans and Democrats agree: we need to invest in infrastructure.

But today when our nation is running historically high deficits, when Democrats want to add trillions of dollars to our debt, and inflation is nearly the highest it has been in 40 years, we need to ensure these investments are paid for.

The fact is – for House Democrats – this bill was never about infrastructure. The Speaker has had weeks to vote on it. Instead, she has turned a bipartisan negotiation into a hostage negotiation.

In exchange for fixing our roads, bridges, highways, and dams, House Democrats are demanding Congress pass the most expensive piece of legislation in history, along with the largest tax increase ever.

And unlike the infrastructure bill which has a CBO score, less than one percent, ONE PERCENT, of their $4.3 trillion spending and tax plan has been scored by CBO.

Republicans will not be bullied into paying a ransom to fix our infrastructure. 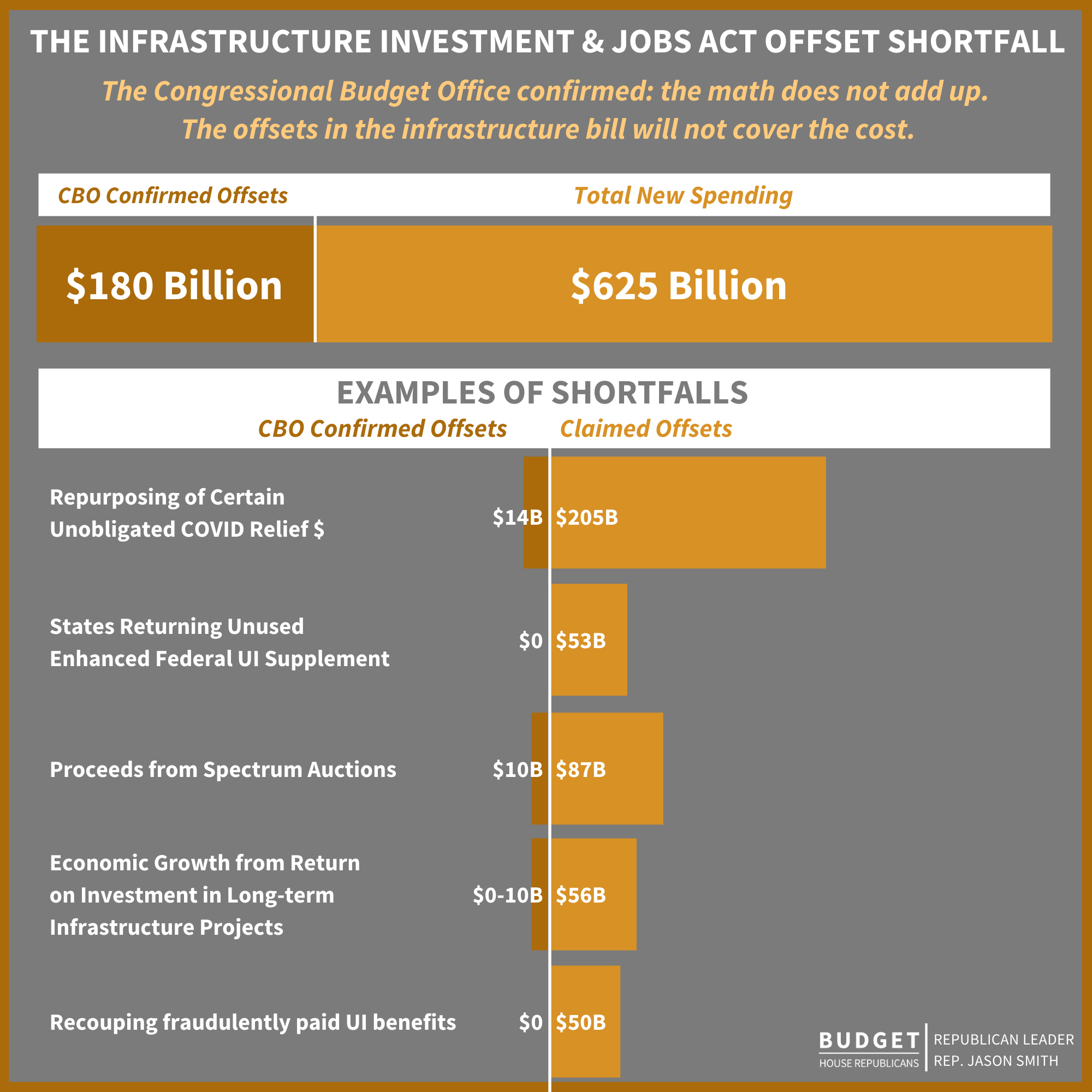 For more information on the offset shortfall, click here.