Last year, Washington Democrats rammed through a $2 trillion spending bill, despite there being more than $1 trillion left over from prior COVID-19 packages and the Congressional Budget Office projecting the economy was on target to return to pre-pandemic levels of real GDP by the middle of last year without any further government stimulus. Predictably, the $2 trillion left a massive trail of waste, which has been thoroughly documented by House Budget Republicans over the past 65 weeks, including hundreds of millions of taxpayer dollars spent on stimulus checks to illegal immigrants, convicted criminals, and foreign citizens.

During his statement on today’s resolution of inquiry, Smith highlighted specific instances where the Biden Administration owes the American people an explanation as to where their tax dollars were sent:

“…what my resolution seeks answers on – are the hundreds of millions in stimulus checks that the Biden Administration sent to prisoners, like the Boston Marathon bomber; foreigners like those Japanese citizens living in Japan who were shocked when checks from the U.S. Treasury started showing up at their homes; illegal immigrants; and even deceased individuals. To date, oversight efforts have uncovered that:

“This is not an accounting error. This is a failure of government. A failure of leadership. The American people deserve a full and honest review of where their money went and what attempts – if any – the Biden Administration has made to recoup or at least account for this waste of taxpayer dollars.”

Click here or on the image below for Smith’s full remarks. 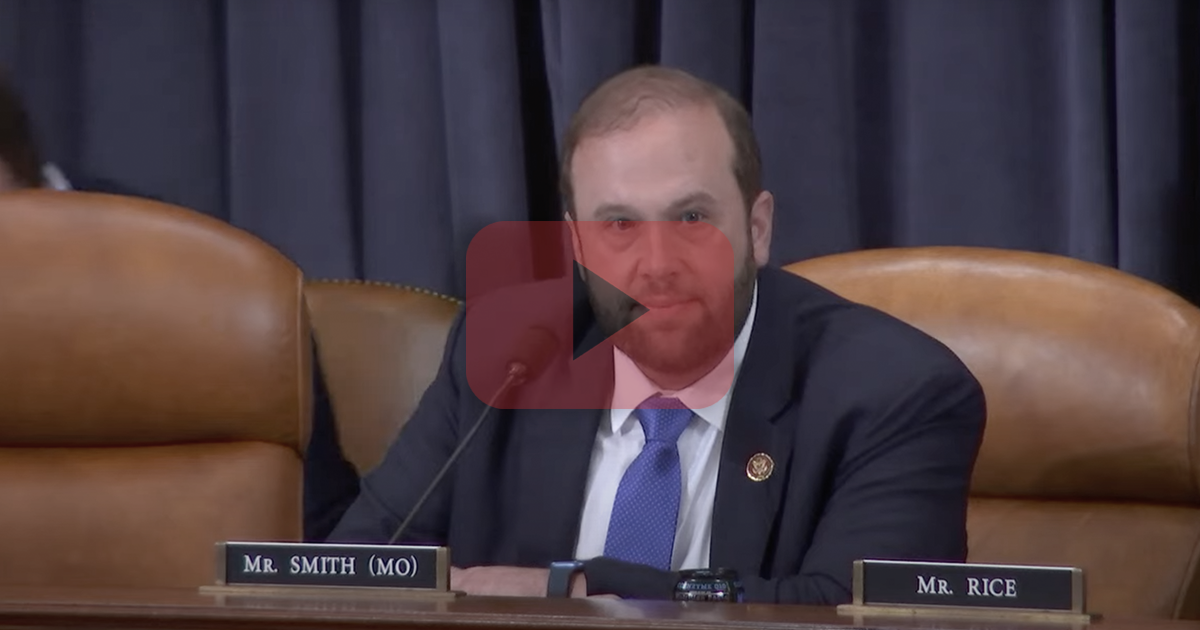 The $2 trillion American Rescue Plan launched a tidal wave of spending that sparked the highest inflation in 40 years. In addition to the direct cost of the Democrats’ spending spree, the American people are paying for checks to prisoners, foreign citizens, illegal immigrants, and the dead through higher prices at the grocery store. Consumer prices are up 13.7 percent since Biden took office, and Americans are paying more than $8,000 for the same goods and services because of the Democrats’ inflation crisis.

Click here or on the image below to watch Smith walk through the many crises launched by the American Rescue Plan: 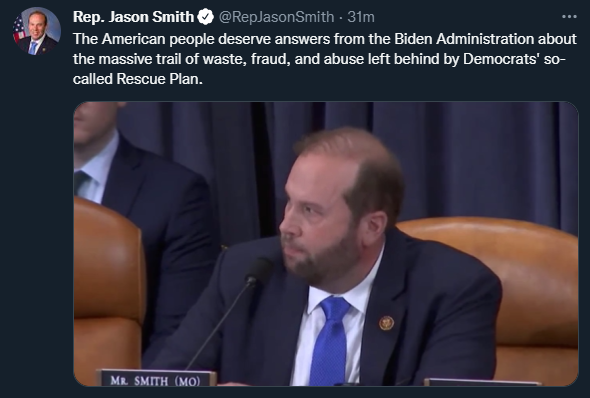 Despite the growing list of examples of waste, fraud, and abuse that has marked the American Rescue Plan, the Biden Administration has been unwilling to answer basic questions.

Click here or on the image below to watch Smith list out the numerous oversight requests that have been ignored by the Biden Administration. 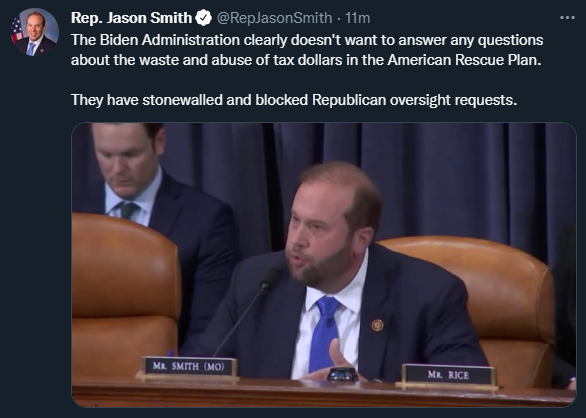 Click here or on the image below for background on Smith’s resolution of inquiry. 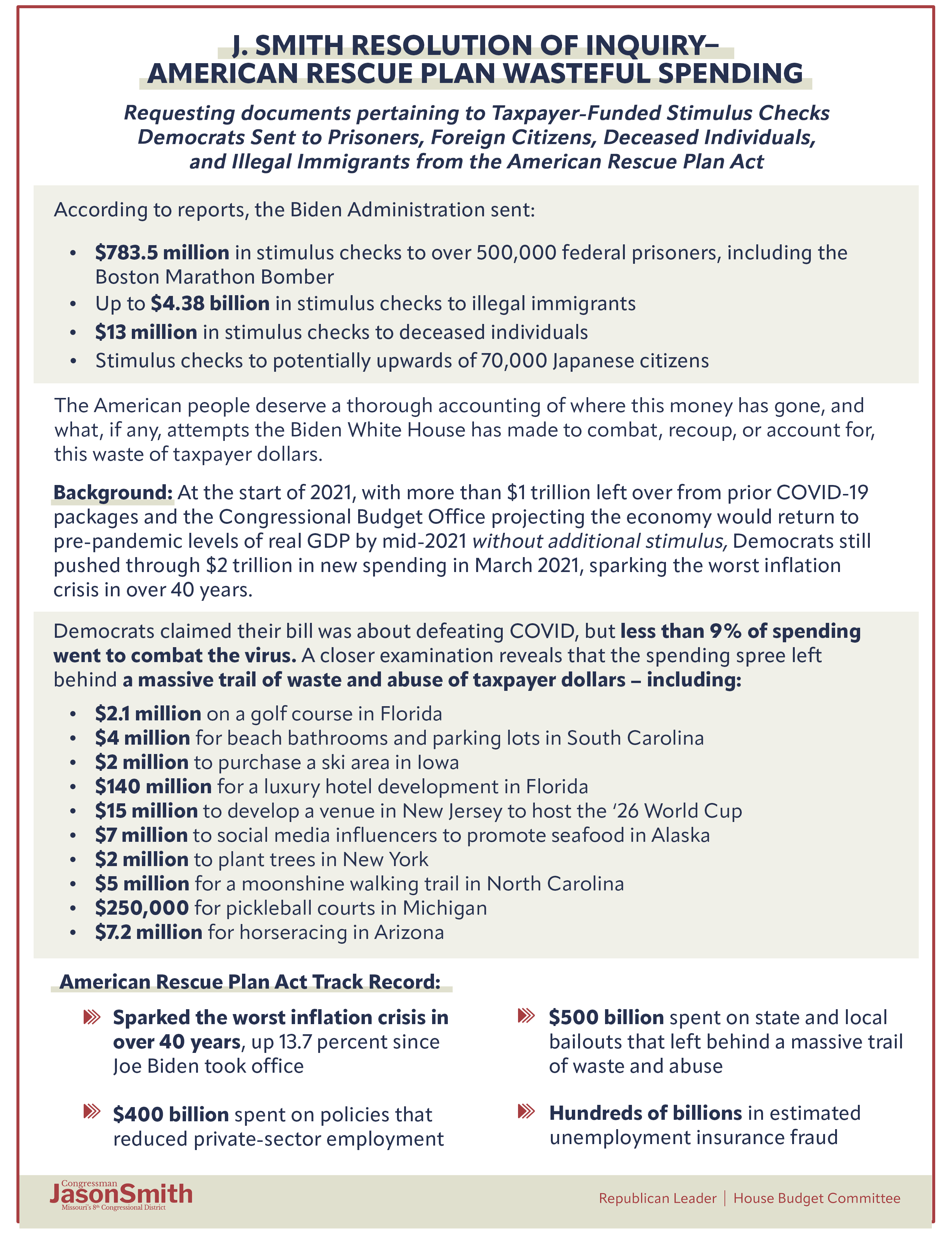 Smith Op-Ed: Thanks to Democrats, the IRS Is Coming to Your Front Door

Smith: House Republicans’ Commitment to America Will Get America Back on Track After Reckless One-Party Democrat Rule