WASHINGTON, D.C. – Today, on the one-year anniversary of President Biden’s inauguration, House Budget Committee Republican Leader Jason Smith (MO-08) released a video highlighting the reckless spending and rampant waste of taxpayer dollars perpetrated under the failed policies of the Biden Administration and the Democratic Majority in Congress which have resulted in the highest spike in prices in forty years, driving up the cost of goods and services.

“President Biden’s first year in office has been a disaster for working families,” said House Budget Committee Republican Leader Smith. “Trillions of dollars have been shoved out the door, fueling a devastating spike in the price of goods and services and leaving an embarrassing trail of misuse and waste of taxpayer dollars. The President has continuously tried to mislead the American people about the real reason for all his spending and the true cost of his agenda – ignoring non-partisan Congressional Budget Office analyses that show his latest spending bill alone would add $3 trillion to the debt. Sadly, Washington Democrats think the only solution to a year of failing to address the multiple crises their agenda has created is to spend this next year pushing more spending, taxes, and debt.”

Click HERE or the image below to view the video. 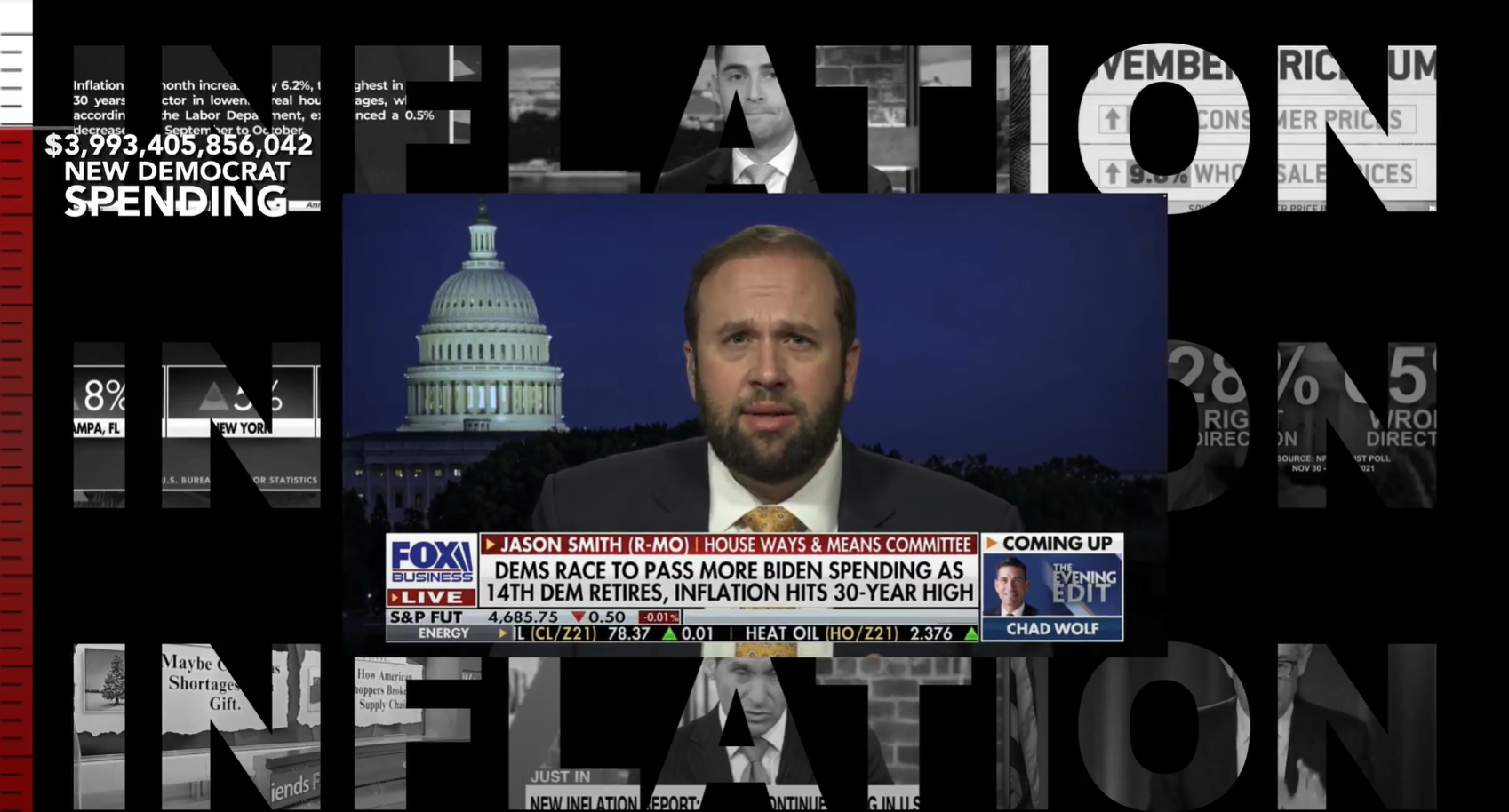 The past year, under total Democrat control, Washington has produced an astonishing record of new spending and debt, including:

The American people are facing an onslaught of crises as a result of these misguided policies and Democrats’ failure to account for or address the consequences of trillions in new spending.

Click HERE or on the image below to read the House Budget Committee Republicans’ Budget Balance Sheet for 2021. 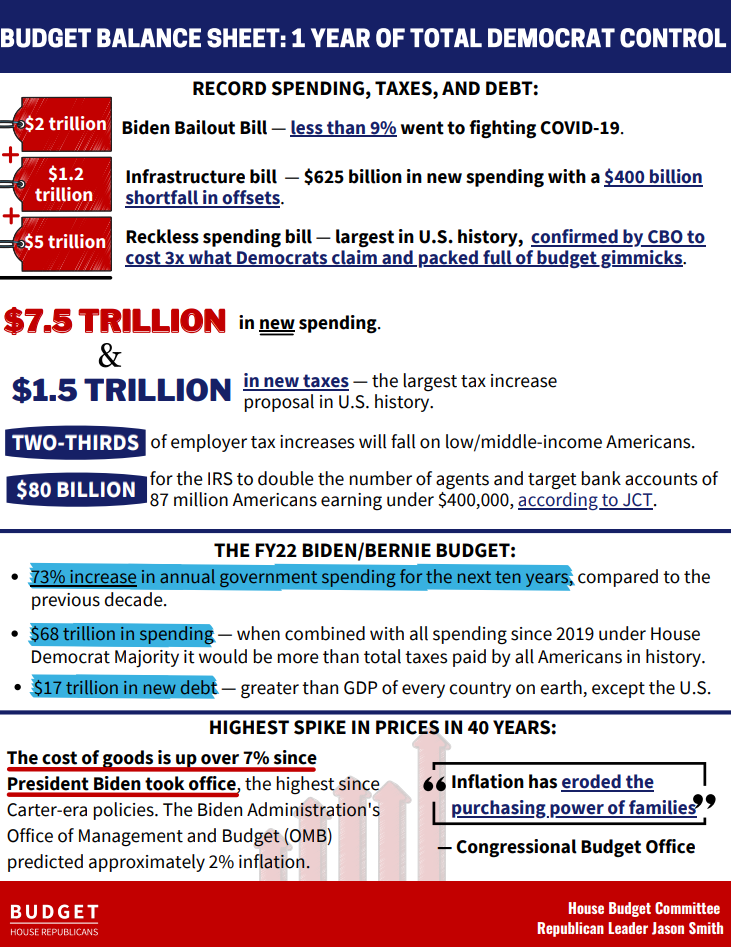